Millson is excited to announce our involvement in a project described by Forbes magazine as “the most luxurious residential high-rise tower on the West Coast“.  The 181 Fremont project is truly a groundbreaking development featuring landmark architecture, incomparable views, exquisite interiors by world-renowned designer Orlando Diaz-Azcuy and state-of-the-art technology options designed by Millson.  This is a…..

Millson & Rennie team up again for 8X ON THE PARK

8X ON THE PARK is a bold architectural statement in the heart of downtown Vancouver featuring 200 luxury residences.  Elevated above Emery Barnes Park at the corner of Richards and Helmcken, these spacious homes will boast the finest finishes on the market today and will be the new benchmark for luxury living in Vancouver. 8X…..

It was standing room only for the majority of our presentations this year in Dallas as integrators were eager to learn more about the world’s first completely concealed home entertainment system – CinemaFrame.  The immediate feedback was extremely positive with Residential Systems naming CinemaFrame one of their Best of Show Winners at CEDIA 2015. Check…..

Sharing a passion for innovation and perfection, two leaders of their respective industries in Vancouver – Intracorp and Inform Interiors – have partnered to reimagine how homes are designed and built. Aesthetically striking and considered from every possible angle, The Jervis is uncompromising design put into practice. It is 58 perfectly formed and carefully crafted homes in…..

No other company in Canada can match Millsons’ experience in delivering custom technology solutions for luxury high-rise developments.  Some of our projects to date include The Private Residences at Hotel Georgia, the Pacific Rim Residences, the Shangri-La Hotel and Residences and Shaw Tower.  We are very excited to announce our involvement in the upcoming Grosvenor….. 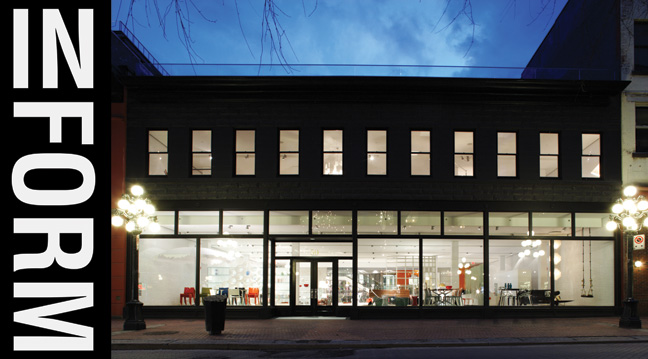 We are proud to announce that CinemaFrame is now available for purchase at Inform Interiors – 50 Water St. Vancouver, BC. CinemaFrame is the world’s first fully integrated, completely concealed home entertainment system created for design professionals. Finally you have the ability to specify a single solution that meets all of your client’s AV needs…..

Savant Systems has announced that they will be showcasing their Apple-based Home Control, Automation and Media System at CES 2012. Among the Savant Technologies on display, will be their SmartEnergy Monitor, Savant Sound and the Savant Select Remote that seamlessly merges the familiar functionality of the Apple iPod touch with dedicated remote buttons, creating a…..

Canuck Place Children’s Hospice provides specialized care for children living with a life-threatening illness and around the clock support for their families.  Their goal is to enhance the quality of life through therapies, pain and symptom management and supportive services that are sensitive to the personal, cultural and religious values of each family. Through donations, over…..